Celebrating East London’s proud heritage of yesteryear whilst also looking outward to the Chrisp Street Market of the future, Swing East is the East End’s premier jump and jive jamboree.

Now in its sixth year, Swing East transports Chrisp Street Market back to its Festival of Britain roots by recreating a 1950’s dance hall and is hugely popular with residents and vintage enthusiasts alike. Swing East has established itself as a local favourite whilst also attracting aficionados from across the UK.

Caretaker Nelson Piperides – AKA DJ Nel Raiser – is the driving force behind Swing East and each year he programmes an ever more exciting line up of live music. Nelson suggested the idea of a 1950s rock and roll festival with “music that swings” to mark the unique history of Chrisp Street Market and Swing East was born.

Year on year attendance grows. In 2019, 4,200 people joined us for a day of dancing, music, shopping and eating. Local businesses opened especially for the day and all food and drink was provided by Chrisp Street traders. We also ran a popular vintage market selling mid-century fashion, jewellery and homewares.

By attracting a mixed audience, Swing East encourages locals and Chrisp Street regulars to experience the market in a new way. In doing so, Swing East invites them to both celebrate the heritage of the market and to envisage the Chrisp Street of the future – and the multitude of possibilities that arise from the new development.

"I have been a resident of Poplar for over 20 years and witnessed the wonderful transformation and regeneration of the area. My children and I had our first ‘Swing East experience’ in 2018. We didn’t hesitate to attend again this year. I was most pleased to see some of the local shops had opened for business to make the most of the occasion. The vintage cars, the live band, the dancing, people dressed in 50s attire and music were amazing! It was wonderful explaining the era to my children. Thoroughly enjoyed by us!"

Local resident and business owner at the Chrisp Street Exchange

"Such lovely people come and there’s a mixture of locals and the 1950s crowd. People come down and settle in for the whole day. We’d completely run out of food by 4pm."

from Maureen’s Pie and Mash 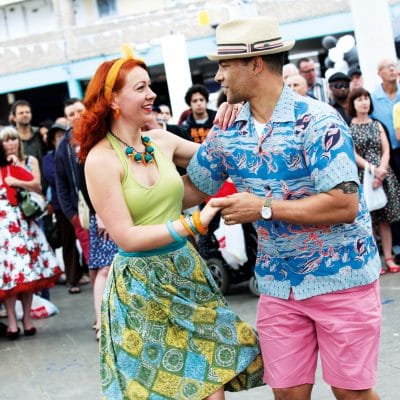 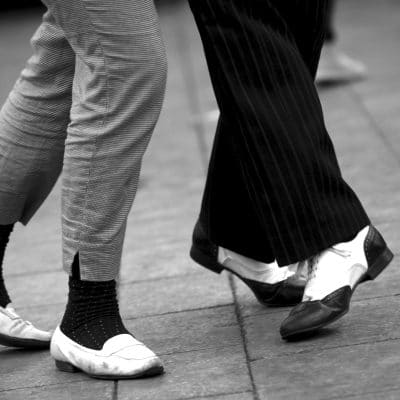 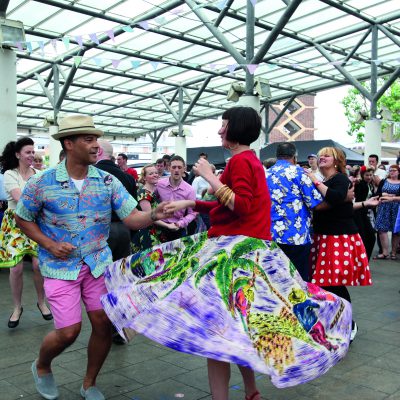 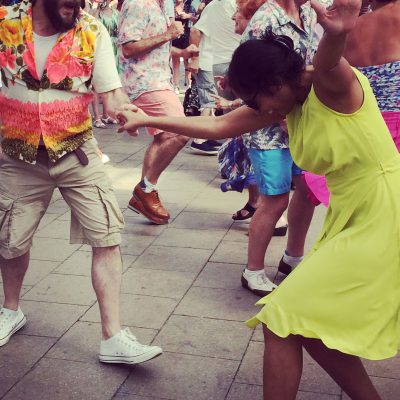 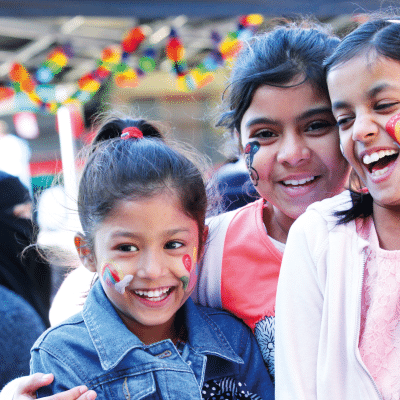 "I love that this event happens here, right on my doorstep. It’s one of the best things about Poplar. There’s something for the whole family and it’s a really fun day out."